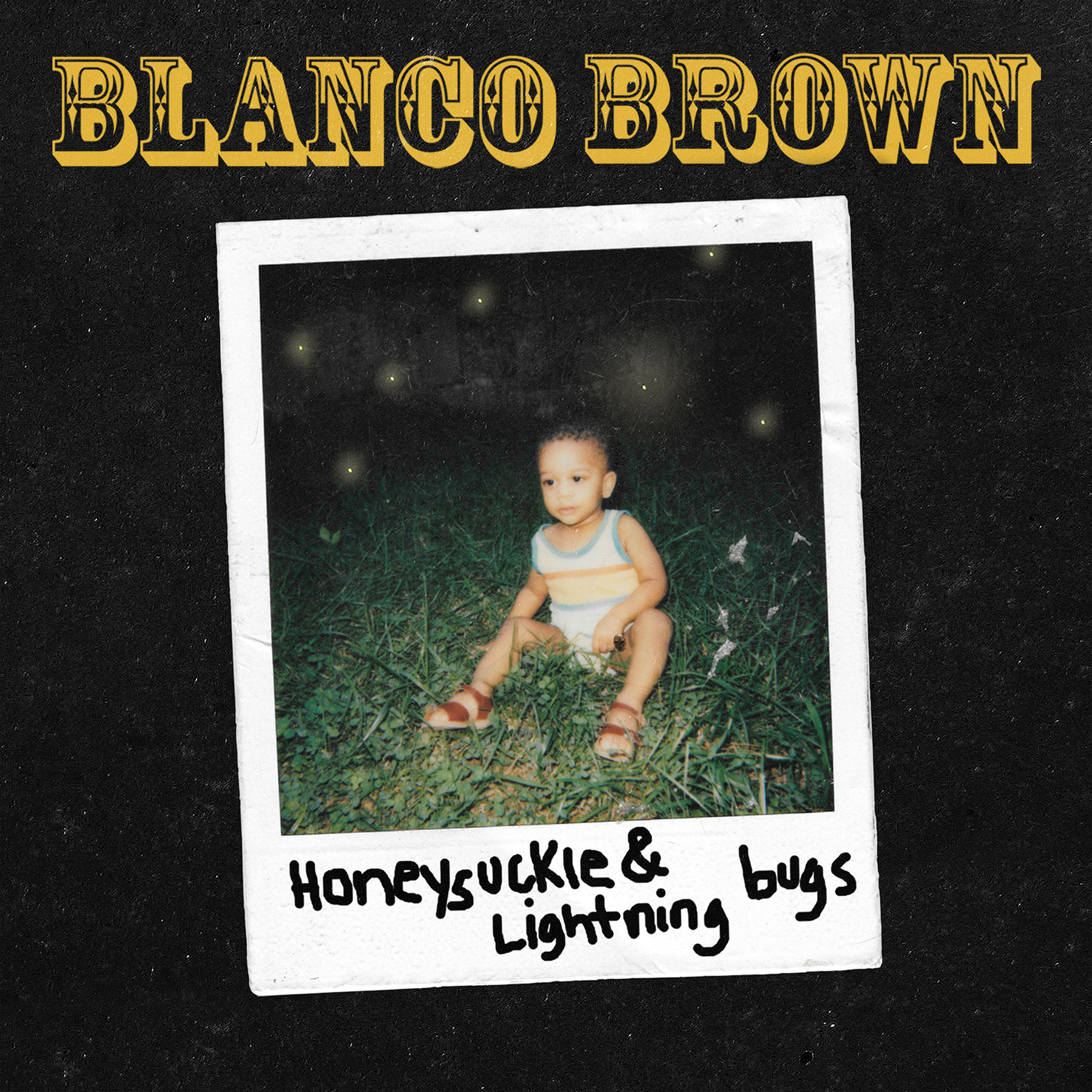 “The Git Up” Music Video to Premiere Across BET, CMT, MTV, Nickelodeon and Viacom Times Square Billboard
Beginning at 6AM ET

Blanco Brown, the mastermind behind the viral sensation “The Git Up” today announces his debut full-length album, Honeysuckle & Lightning Bugs, will be released October 11 and is available today for pre-order digitally via BBR Music Group. Inspired by his youth growing up in Atlanta during the school year and rural Georgia during the summers, the album title is a tribute to his split-location upbringing that taught him the value of diversity and uniting people, things and sounds, which ultimately lead to the creation of TrailerTrap, a new genre that fuses hip hop beats with 808’s and traditional Country music. Honeysuckle & Lightning Bugs is a nod to the bittersweet memories because no matter where he was, in the city projects or the sticks of Butler, the smell of honeysuckle and the mystifying glow of fireflies filled the air, making him feel at home.

Honeysuckle & Lightning Bugs is a full-fledged collection of music that delves deep into this fusion of sound. The music draws upon the rawness and storytelling abilities of his two biggest musical influences, Johnny Cash and Outkast, to seamlessly blend genres, providing the world with the first TrailerTrap album. Ranging from the nostalgic ballad “Ghett Ol Memories,” to the empowering and uplifting “Georgia Power,” Honeysuckle & Lightning Bugs takes listeners on an odyssey filled with life lessons, emotional passages and anecdotes from Brown’s life. Having wrote/co-wrote and produced every track, in addition to playing many of the instruments, the album is uniquely Blanco Brown.

“This album represents everything I stand for and all of the different entities of my life—for a long time, I was anxious about releasing my own music, I often wondered what the outcome would be and if people would accept my sound, culture, music and the TrailerTrap lifestyle but I’m finally ready to be my own narrator,” said Blanco Brown. “I credit my friends, fans and family for rooting me on, giving me the confidence I lacked and propelling me to this moment.”

The world got its first taste of Blanco’s work as an artist with the global smash, “The Git Up,” which is Top 20 on the Top 40 radio chart and remains the top-selling digital Country song in the United States this week (via Nielsen Music) for its 11th  week and has claimed the #1 spot on Billboard’s Hot Country Songs Chart, for nine weeks. The viral track Rolling Stone said is “one exciting glimpse at a possible future path for country, soul and the considerable space where the two overlap,” was shared on April 26 via SoundCloud, along with a social video of Blanco performing the dance which has since spawned nearly 3 billion viral views and millions of user-generated videos using #TheGitUpChallenge.

Last night Blanco performed “The Git Up” at halftime during the Thursday Night Football game between the Panthers and Buccaneers. Praised for his unique live performance, with Rolling Stone naming him one of their CMA Fest 2019 “20 Best Artists and Shows We Saw,”  he will take to the road at the top of the year with Chris Lane on the BIG, BIG PLANS Tour. Blanco has also recently performed at the US Open, the Teen Choice Awards and at the Pendleton Whisky Festival alongside Post Malone. Today, the music video for “The Git Up” will premiere across Viacom (BET, CMT, MTV and Nickelodeon) and will be available everywhere beginning September 14th. Filmed in Nashville and its surrounding areas, the video has been teased on the Viacom Times Square billboard all week and will make its world premiere at 6am ET. See a full list of channels and air times, below:

“I can’t identify why I love (or don’t love) a song. I just know what it feels like and how it hits me personally. This album has all of the elements of sound that I love and relate to,” added Brown. “I went into the creation process and just allowed music to be what music is— it’s un-boxable and I hope people find something in this album that hits them.”

Blanco was signed to BBR Music Group/BMG in 2018 and in January was named one of Billboard’s “7 Country Acts to Watch in 2019,” and while this is Blanco’s first foray as an artist, he is a veteran in the industry, having produced top name artists like Fergie, Childish Gambino, Chris Brown and Kane Brown (to name a few). He is a multi-talented creative visionary who can write, sing, play multiple instruments (including, but not limited to, guitar, lap steel, spoons, harmonica and tambourine), dance, coach, direct, design and produce.

A true creative visionary, Blanco can draw/paint/design (he created the single art, EP cover and album cover) and has a unique gift of seeing colors when creating music and identifies the emotion of his songs through colors. The album will come with a color chart of emotions that correlates to each song. Fans who pre-order Honeysuckle & Lightning Bugs now will instantly receive five tracks: “CountryTime,” “Georgia Power,” “Ghett Ol Memories,” “Tn Whiskey,” and “The Git Up.”